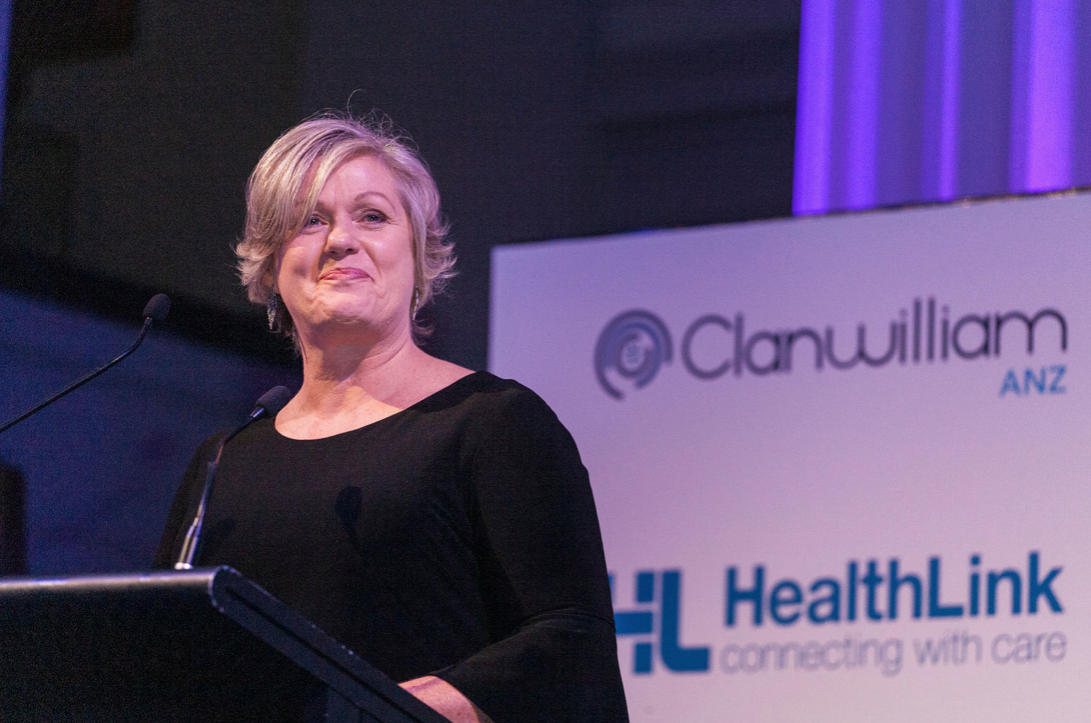 Australasia’s largest health IT network, HealthLink, celebrated its 25th anniversary with an evening celebration at the Auckland War Memorial Museum.

More than 150 people – including many of New Zealand’s Who’s Who in healthIT – gathered at the iconic building this month to acknowledge HealthLink’s unparalleled contribution to Health IT in New Zealand and Australia.

Guests were officially welcomed to the museum with a powhiri, performed by the museum’s resident traditional Maori performing group, Haka the Legend. The group performed songs and dances and finished with a spine-tingling haka.

The quarter century celebration was also a chance to farewell HealthLink co-founder Tom Bowden, who stepped down from the role of CEO at the end of last year.

HealthLink started up in 1993 when “The HealthLink Service” was launched by a subsidiary of Telecom New Zealand. It began delivering pathology results to 100 general practices.

New HealthLink CEO Michelle Creighton acknowledged Tom’s pioneering spirit, determination and hard work in getting HealthLink off the ground and to the place it is today, as well as the hard work of everyone in the HealthLink team.

In his farewell speech, Tom talked about the importance of unifying the health system.

“It’s been exhilarating… innovation is about hard work... I’ve always viewed a problem as a learning opportunity.”

Tom said he was excited about his new role as an independent consultant.

Michelle said the evening was about celebrating HealthLink’s incredible history, but also about looking forward to the next 25 years.

Other speakers included NZHIT board chair and director of digital health at Deloitte, Kate Reid, Dr Di Davis, Health Pathways and eReferral clinical leader at Northland DHB and Ministry of Health deputy director-general data and digital, Shayne Hunter, who said, “HealthLink, you’ve done an amazing job. I honestly don’t think New Zealand would be where it is today if we didn’t have HealthLink.”

Several messages of congratulations were also read out from people unable to attend in person.

Michelle said HealthLink was looking forward to its next chapter.

“It’s about working collaboratively across organisations to improve outcomes for patients. Technology may change, but HealthLink’s goals don’t.”

Clanwilliam Group: Clanwilliam Group is an expanding family of businesses committed to healthcare technology and services.Its rapid growth is due to its unique mergers and acquisitions philosophy and support for entrepreneurial spirit. The group’s companies run from global offices and their products and services help healthcare professionals deliver safe, more efficient and better-quality care to millions of patients worldwide.

Telehealth takes off in the South Island

NZHIT View: $5 billion for health: where is the transformation?